‘Scuze me while I work my way backwards through the last few days:
Sunday was actually both relaxing and kinda productive. Started off the morning going to Eastern Market. No new toys, (although I found both TLR and folding cameras in good condition!). But I did pick up some fresh fruit. Went from there to the mall, looking for a carrying case for my newest toy. Didn’t end up buying anything though… not willing to pay $30 for a piece of plastic, when nicer cases for older models cost less. I understand the concept — that since the newer model is a premium object, the consumer is probably going to be able and willing to pay more for the associated accessories. But that’s not me. So I went back across town again and did some grocery shopping. I am loving the new Safeway. They’ve obviously been studying the success of stores like Wegmans, because they’re picking up a lot of their architecture and methods. I now have cheesecake! When I got home and realized it was only early afternoon, I went back out and picked up some frame so I could hang some of the art I’ve been gathering over the years. I like the new wall. Though it makes me realize my photo wall is too crowded, and I need to spread those out a bit. 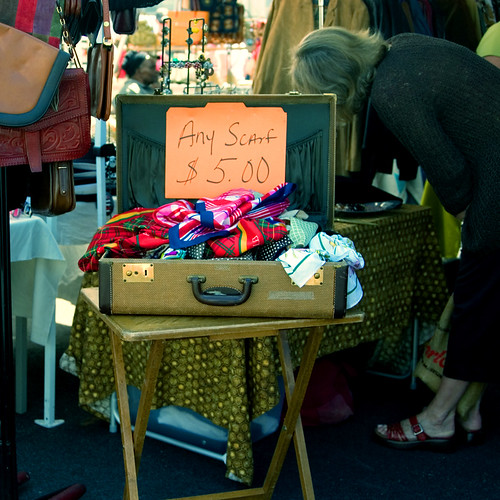 Saturday started with a haircut. I am once again purty. Then meeting Kier to go to the Small Press Expo. I enjoyed it, this year. There was a lot of good, quality work. Past years had seen too many shoe-gazers and too much really weak art. But this year there was a decent range and a variety of styles. Picked up a couple things. And though I couldn’t convince anyone else to go, I planned on hitting Spellbound that night. It really has been a long time since I went. But my 9:30 “quick nap” didn’t end until nearly 2am, at which point it wasn’t worth it. Gawd I’m old.
Friday was normal amounts of work. Nothing special. That night, Stephanie came over for pizza and a movie. A movie with cameras and hawt, hawt, lesbian sex, of course. Was nice because I also hadn’t seen Stephanie in a while.
Thursday was a fairly average work day as well. Though I did manage to put together a piece I really liked, and somehow the client chose that version as well. (No doubt they’ll destroy it yet in edits). That evening, I met with friends at a local restaurant to watch the Vice Presidential debate. I gotta say, regardless of your politics, Palin really is just about the worst speaker I’ve seen in national politics in a long time. There were points where the moderator looked like she couldn’t believe what was happening, and stopped to ask Palin if she wanted to answer the question that had been put to her. Thankfully, we were also drinking margaritas, which is another first for me. (Hell, so far I don’t think I’ve had any repeats in alcoholic beverages). A really good, interesting taste, as opposed to the “fun” taste of the Woodchuck Cider. After the equivalent (due to refills) of 3 or 4 of those, I got a ride home. This was probably a good thing, because by the time we pulled up in front of my place, I had to stop and consider wether I would be able to walk up to my apartment without leaning on the walls. First time I’ve definitely felt the effects of alcohol. Though I still wasn’t plastered. Mentally I was okay. Mostly concentrated on keeping my head enough to walk. Had no trouble with my keys, and my typing actually drastically improved. So just the large motor skills. And there was no hangover to speak of, in the morning. (Though I’d been drinking water throughout, and had more just before going to sleep.)