I get a lot of benefit out of continually learning how to use my tools better. Today’s example:
I recently watched some tutorials by photographers using Lightroom. Picked up a few things I didn’t know. And because of it, discovered a few other variations that were even better. I knew this stuff in Photoshop, from back in college. But — as is the point — Lightroom has a much better interface for doing it.
Here’s the original RAW photo, from the recent shoot with Lea. Blown out, yadda yadda yadda. Won’t bother going into why it is this way… but it just is. A lot of missing details, though you could tell it was a beautiful look. 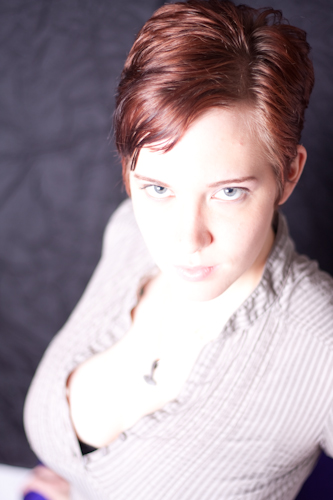 Thankfully, by shooting in RAW format, you preserve a lot of information that would have been lost in a JPEG. I lowered the exposure, and recovered a lot of detail. Still a bit light, but much better. Really pushed it, though. To the point where the boundary on the face between the light and dark has gone slightly yellow. But still a stunning woman. 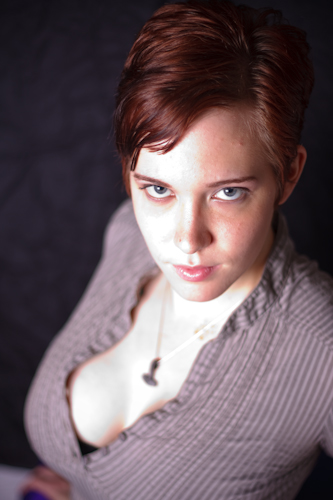 After watching the Lightroom videos, I have been moving away from strictly relying on the exposure/black/fill sliders for color correction, and relying more heavily on various features of the Curves. It gives me much greater control over individual light levels in the photo. Transitions are much smoother. More details are preserved. And as I said, the interface to do all this is very intuitive.
I think this last photo is the best so far. 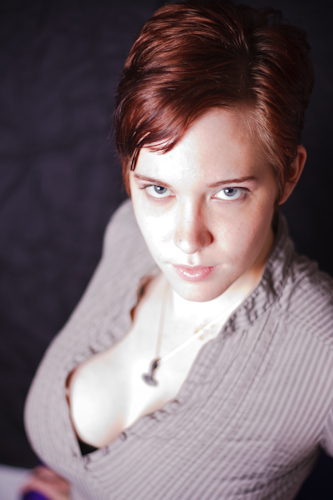 This — of course — is also why I tend to be so reluctant to pursue photography professionally. While I often think “These are some great photos”, somewhere down the line, I almost always look back and think “gawd… I am SO much better than I was when I did THAT!”.
EDIT:
Okay… this is what happens when you don’t proof on multiple monitors. New version, without the gray. (Thanks, Jenny)