I think it’s the sign of a successful night when I get slapped, bitten, and kissed on the cheek by the same woman. That was basically how yesterday wrapped up.
I honestly can’t remember the first half of the day. Don’t think I was very productive or anything, then. But around 5pm, things kicked off. There was a flashmob wedding on the steps of the Supreme Court. (It’s very weird telling a cabbie to “take me to the supreme court”.) 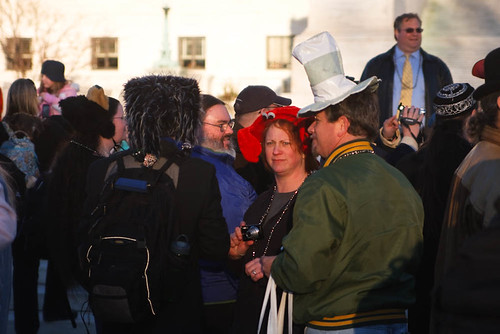 That was followed up with the opening night for the DCist Exposed photo show. This is the show I had a picture in last year. No picture this year, but at least 2 of my friends were in it. Living up to it’s history, the opening night was slammed. Hundreds or more people filling a huge gallery space and extending in a line down the block. Open bar, this year, and a ‘real’ DJ setup. Couldn’t get a good comprehensive look at the photos. But my overall impression was that they were better than last year. 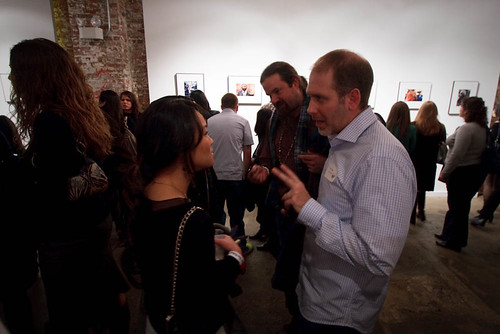 Dinner at an Indian place in Chinatown, and we all went out to the club afterward. Very much fun was had, and very many people were spoken to. And seen as how I had actually had something to eat this time, I had no problems making it through the night completely aware of my surroundings.
I do have to wonder about my friends, though. I was demanding more beautiful women, and they offered me two hairy — one large and one small — men. Seriously… ?