The first thing we did with the new house was have the floors redone. They’re the original hard pine floors, and seemed to be in generally good shape. But some previous owner had coated them in this gawdawful stuff that sat on top of the boards like a plastic coating, coloring them deep red. And given that they barely managed to make it all the way to the baseboards, where it would start to glop up, I doubt it was a professional application. There was also a marble tile in the foyer/hallways, that stretched back to the kitchen. Just the site off it made Heidi twitch involuntarily, so it had to go as well. 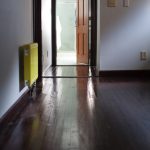 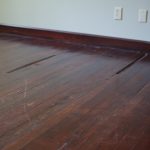 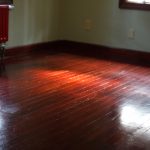 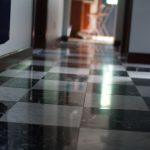 Our initial preparation consisted of pulling up a ridiculously large area of tile surrounding one of the fireplaces. They were obviously looking to cover up something. There was a patch on one side, but beneath the other side, the floor was beautiful. This was quickly followed by the professionals coming in and tearing up the tile floor in the hall. Having seen it all from the porch where I was watching over things for the first day or so, the professional crew (Universal Floors) was worth it . That tile was down good. Glue, screws, etc. 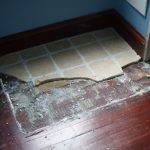 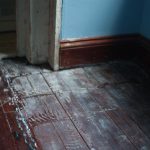 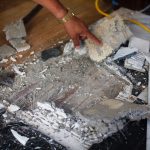 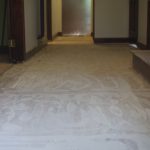 They next came in and sanded down the floors, (uncovering a few new, interesting marks, cuts, and gouges.) Two passes with the big monster belt sander, and hand work along the edges. 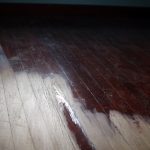 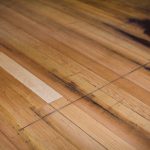 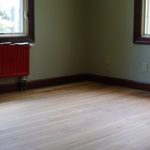 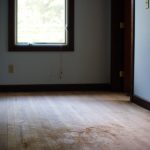 We had a couple boards that had previously been patched with something quick and dirty, like maple. Really stood out once everything was sanded down. The flooring people thankfully reclaim wood whenever they can, so they had a stock of old wood to patch in. 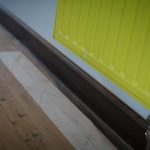 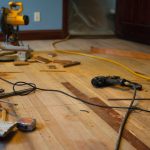 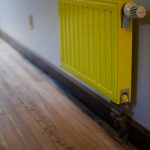 Then they finished the floors. Two coats of Osmo, which is a very natural color — no tinting. Soaks into the wood, rather than sitting on top. Feels good to me, though Heidi is still cautious about it. But everyone agrees it’s much better than the old floor. 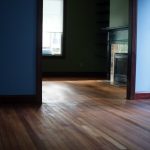 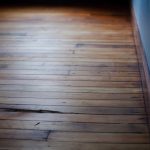 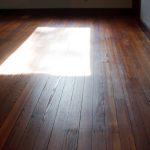