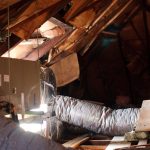 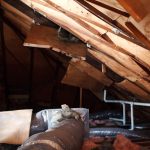 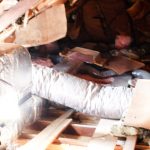 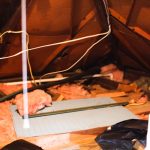 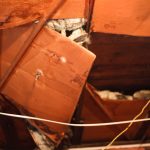 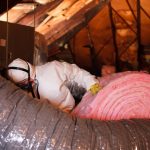 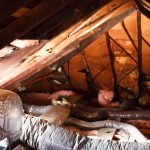 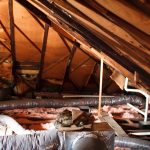 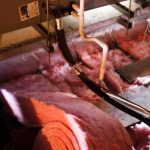 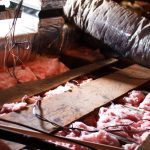 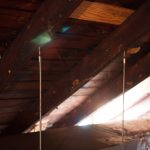 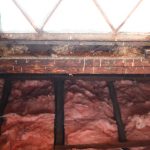 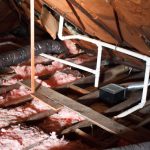 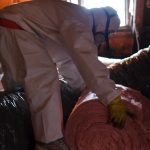 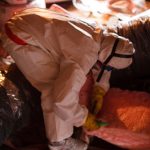 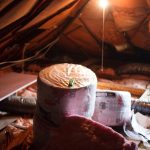 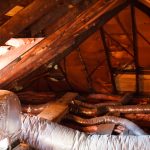 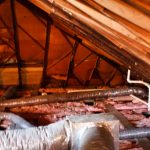 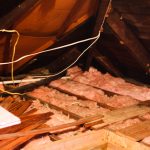 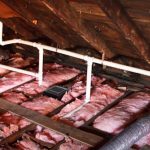 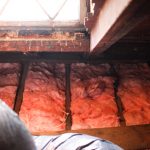 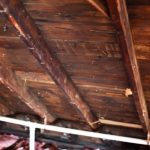 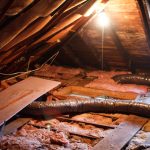 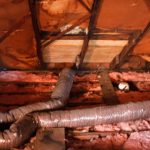 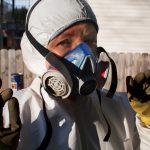 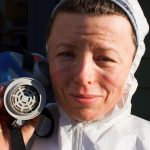 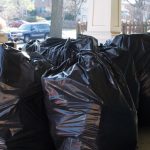 We knew when we bought the house that the attic was in less than ideal condition. But we hadn’t been up there since closing on the house. Since then, there’s been a hurricane, and earthquake, and numerousÂ rambunctiousÂ cats; all shaking up the house. So about a week ago, when we went back up the ladder, things were in rough shape. Maybe a third to a quarter of the attic floor was uninsulated. The rafters had once all beenÂ insulatedÂ and covered in cardboard, but had long since begun to fall apart. There were drooping and fallen panels, and lots of patches of missing insulation. And some of the insulation on the floor had been disrupted during renovations, and never replaced properly.

So overall, it was a half-assed mess.

We first cleaned up what we could. Removing fallen, moldy cardboard andÂ insulation. Pulling down some now-empty panels. And removing rafter insulation over areas we would soon be insulating, so as not to have to do it later when there was fresh insulation in place. We put down some insulation that was still in rolls sitting in the attic. When that was all done, we figured out the remainder we would need, purchased supplies, and finished up insulating the rest of the floor yesterday.

Eventually, we’ll probably remove the rest of the rafter insulation that’s in such rough shape. The current plan involves having the rafters re-insulated using the expanding foam.