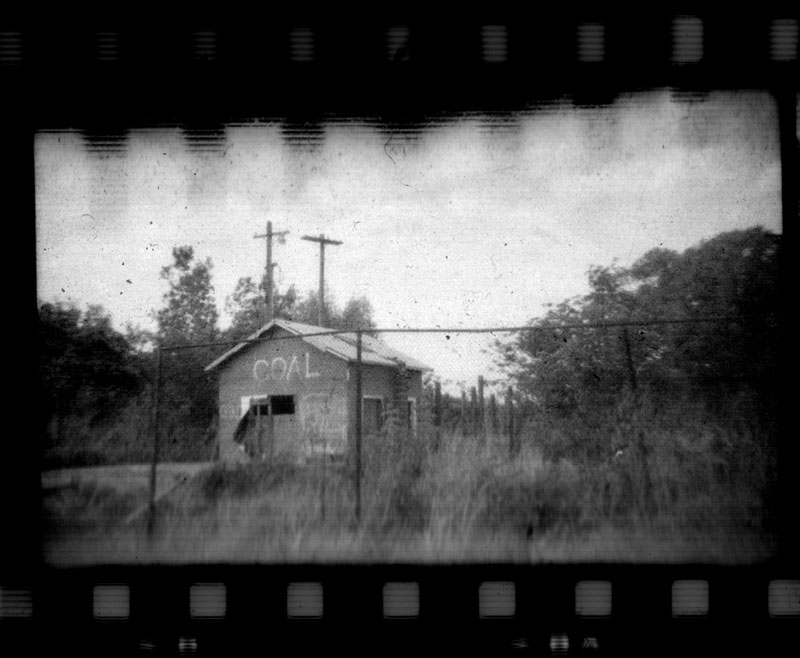 When I got my first real, paying job, probably my biggest expense was film developing. I never really gave it much thought at the time, but I loved riding my bike around town and taking photos. Wouldn’t be at all abnormal now, with our camera obsessed culture. But back then, the main stereotype we laughed at about Japanese people was the idea that they’d take photos of everything.

So… I took pictures. Buildings. Fields. Bridges. The lake. While my first camera was a pink Kodak Disc Camera, it never really worked. So other than a few months where I could borrow an SLR from the school, most of my photos until 2001 or so were taken on a little Kodak 35mm point and shoot. Fully automatic… no settings. Just frame the picture and snap. And I don’t know why, but I enjoyed it.

This photo — of an old shed on the rail line at the edge of town — it stands out in my mind. I think it’s the first time I was consciously going out of my way to get a picture of something. Walking my bike down the railroad tracks, which felt dangerous. Was sure I shouldn’t be there. Got there, took the picture, and left. Nothing terribly amazing, but I keep coming back to it. It has a lot of hallmarks of things I now enjoy capturing. But at the time… I had never put any thought into these things.

I’m sure the building is gone now. A big reason I like photos, right there. Seeing back in time.