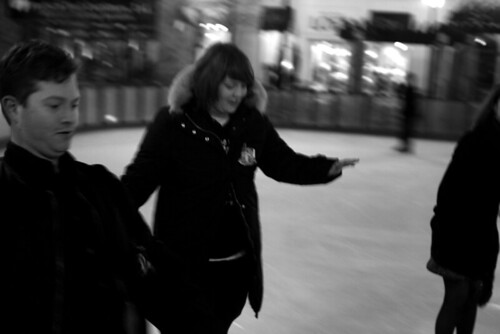 I went ice skating last night, for Sarah’s birthday. Which was fun, itself. I haven’t really skated much since grade school. And I got my balance fairly quickly. Never once did I fall on my face. But that’s mostly because I stopped myself by smashing into the wall, shoulder first. It must have been a minor spectacle, because everyone looked at me like I was crazy. I suppose the fact that it shattered the front of my skate didn’t help much. I’m still a bit sore today, but mostly when I stretch or sneeze. No great pulsating bruises or anything fun like that.
Bad this week: My power adapter for my laptop choosing to die for no particular reason. It worked just well enough to keep the computer running, but not to charge the battery. But…
Good this week: Apple replaced the adapter under warranty in less than 24 hours.
Also good this week: Dave and Shannon helping me to get a new web server up and running. I’m hoping to put all my clients who ask for help finding a server on there. Not only does it give me a bit more control and a LOT more options, but I could concievably make a little money off it. Not much, but every little bit adds up. 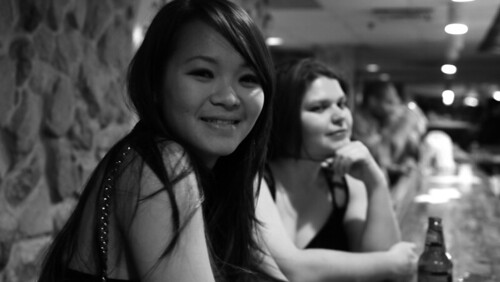 And recent “meh”: I picked up a free external camera flash from the freecycle mailing list. a REALLY nice flash. Tilt, swivel, programmable, fill flash, etc. About 23 years newer than my current flash. And it powered up just fine. But… despite being only a couple years old, it was never built to handle digital cameras. So while it would focus and program itself just fine, it refuses to fire.
Poo.
For now I’m holding onto it. First, I don’t know anyone who shoots film anymore that doesn’t already have better equipment. And since it can be slaved, it can still act as a secondary flash. Plus, one of my goals is to get a Canon AE-1 to play with. Ought to work fine with that.