While overall, I can be drawn to a photo for many reasons, there are some obvious trends in my favorite photos (taken by other photographers); as seen by looking at my favorites on Flickr.

Many of the Japanese photographers in my Flickr list have similarities in style. It’s a soft-focus, high-contrast style; often in black and white. It conveys an intense and intimate atmosphere. Bokeh is big; or at the very least, a short depth of field. Some of my favorite Chinese photographers are similar, but often with a deep, sharp focus, instead of the shallow soft of the Japanese. 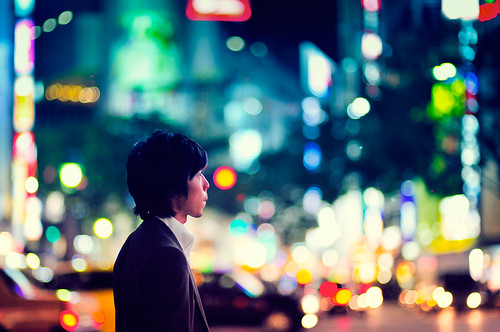 Other notables include Fabrizio Quagliuso and Tommy Oshima.

You pick up a camera. You walk out into public by yourself; or with a friend or two. And you take pictures of other people, other places, and their stuff. It’s very hard for most people, because not only are you outside of your own comfort zone, but you’re invading other people’s. You might be capturing beautiful pictures. You might be documenting the every day around you. You might be telling stories and sharing moments. But it’s all coming from the public around you with minimal staging and equipment. 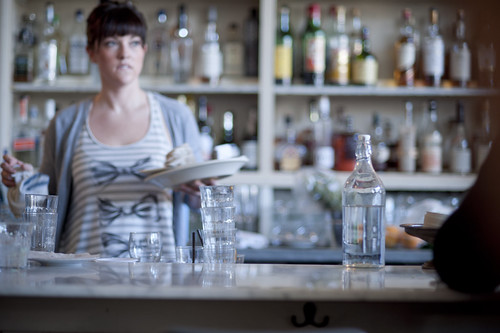 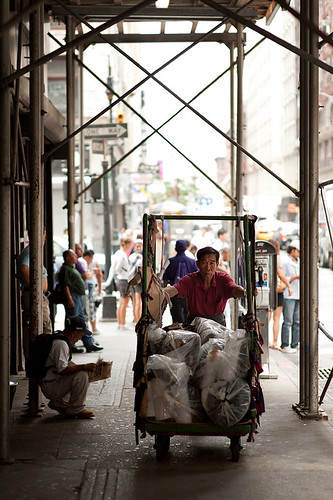 West Thirty-seventh Street by Joe Holmes, (in my opinion, the King of street photographers) 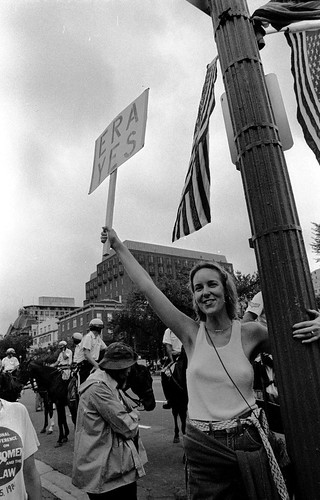 (Ironically, I had a hard time finding sample of “street photography” on Flickr that I could use. These people whose livelihood as photographers relies on an open, public space, had all locked down their photos and disallowed uses like this entry. Don’t share with me? I won’t share my audience with you.)