We’ve been working in the basement.

When we got the place, the basement was divided into four rooms: 3 functional rooms and a small ‘lobby’ area at the base of the stairs. The lobby was mostly useless… too small todo anything in; no light; too central to obstruct with storage. So Heidi suggested we take down the wall dividing the ‘lobby’ from what had been a media room, making a much larger area, with direct access from the stairs.

We also decided to take down the finished ceiling. We’d already removed part of it to get access to some pipes, a couple months ago. But there was a good chance there were more rat stuff up there. So we’ve spent the last couple weekends in demolition mode. Took out the wall. Took out the ceiling.

The wall was fairly simple. The drywall was ripped down. I pried apart what I could of the framing. And the rest gave way to a sledgehammer and sawz-all.

The ceiling… the ceiling was more interesting. I tore down the drywall by hand, with the occasional influence of the sledgehammer. Very quickly we found it was covered in rat shit. Every piece pulled down rained pellets on the floor. (Thank gawd for tyvek coveralls). Heidi was following along behind me, removing the remains of the insulation. (The rats had obviously been using it for runs and nests.) At one point, I heard a squeal, and saw Heidi run from the room. Our second rat corpse had been found, when it fell on her head.

The ceiling has been cleared. The wall is gone. For good measure, we also pulled up the carpet. (WhichÂ resultedÂ in an immediate improvement in the smell of the basement.) This weekend has been all about the floor. We spent all of today putting in new flooring. A rough start, but it’s going in well now. 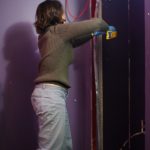 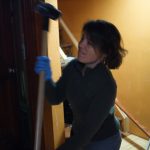 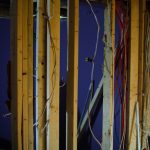 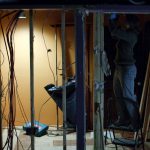 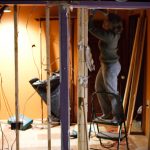 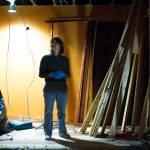 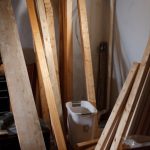 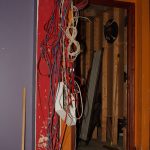 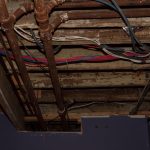 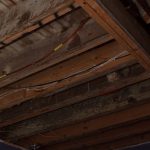 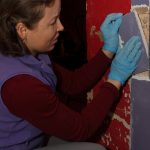 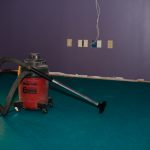 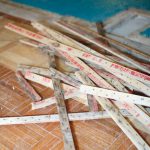 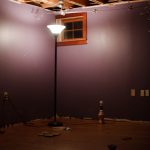 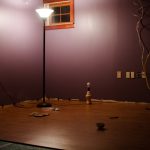 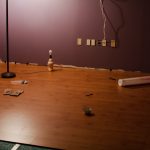 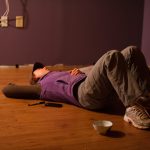 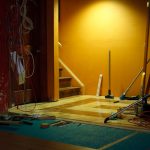