Over the last few months, we’ve been working on replacing some windows on the back porch. Previously, there had been a row of small windows, set high on the wall. They were fine for ventilation, but not much else. Unless you were tall, you didn’t have much of a view. And even then, it was kind of sad.

We picked up a new, large, casement picture window from Community Forklift.

We had to first remove the old windows. We took out all the trim. Took out everything securing the windows in place. Pulled the windows, themselves. We then had to open up the walls some more. The new window would be substantially taller, but not quite as wide as the old space for the 3 separate windows. Siding was removed as carefully as possible. We removed drywall and trimmed own the studs. We had to put in a few new cripple studs to support the new window. We did get lucky that the new window would basically be butting up against a 9 inch beam at the top, so there was plenty of support there.

We trimmed off the excess sheathing (particle board) and filled in along the sides. There was 200 hundred different kinds of sealing in a million different places. (Okay… maybe 3 kinds… but it felt like more). Once everything was set, we thankfully had a friend in town who knew something about such work. He helped us place the new window in, and shim it and tack it in place. And it really looked awesome. Suddenly, what had been a small awkward room in back became a place you actually liked to sit and relax.

We couldn’t save too much of the old siding. And the trim that had been cut for 3 small windows was never going to work for one giant window. So we picked up some new hardyboard siding, and some trim. Had the paints matched from some scrap pieces, and pre-painted the trim.

It’s an old house, so nothing is perfectly straight. Every piece of new siding had to be custom cut. We thankfully found a pneumatic hammer to help with the attaching the boards, so that moved smoothly. We sealed everything once, and would later seal things again. In between, we painted the siding, and touched up the trim.

(Before painting, a friend thankfully pointed out that while we had the wall open, we should consider whether we wanted to run any new wiring. So we installed an exterior outlet, and a new security light.)

It was really quite amazing, as the paint went up. It all just clicked. We still have to finish off the light, and replace the drywall inside. But it feels like a whole wall again. Only now the view is amazing, and the window actually looks like it belongs with the house. I can’t believe we actually opened up a whole wall and got it back to such a beautiful state. 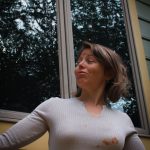 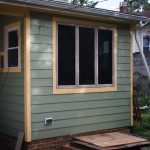 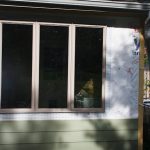 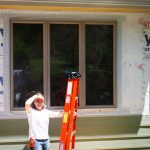 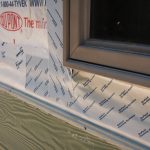 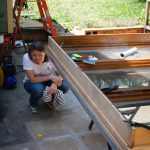 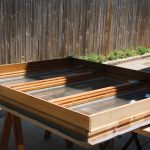 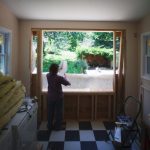 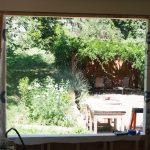 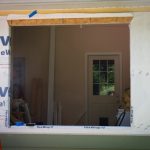 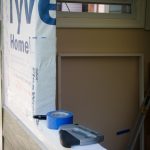 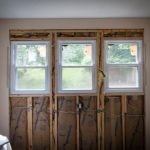 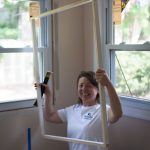 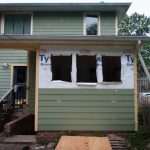 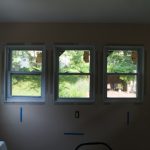