Have you ever been to New York City? I have, at least four times. And I like it. Just don’t tell anyone I know, because that could get me in trouble. I’m central NY, born and raised. But New York City just doesn’t come up spontaneously in discussions among “upstate” New Yorkers. Like some blemish you hope no one will notice if you don’t mention it. But I’m sure I can trust you to keep my secret.
I was back again, this past weekend; again visiting my friend Indri. She wanted to see an exhibit at the American Museum of Natural History, and who would I be to turn down a beautiful lady who asked me to show her lizards?! 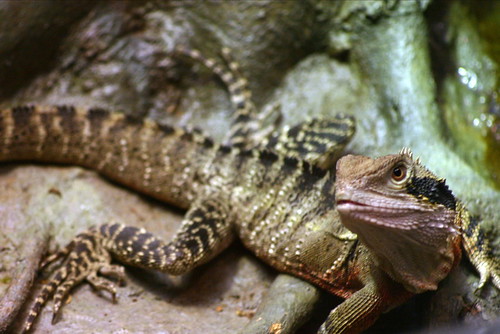 It was very hard for me to come back from NYC. We essentially spent two days wandering around manhattan, on foot. No Times Square. No Rockafeller Center. We kept to the ass end of the island… Chinatown, the West Village, and surrounding areas. It was absolutely everything I love about city life, and everything that is being weeded out of DC. NYC* is the first city I’ve ever been to with the ability to generate and maintain it’s own culture. And you can absolutely see it in the faces of the people you pass. Here they are, living in this incredible collection of relatively ancient monoliths, immersed in the most active, vibrant communities I’ve ever seen, and yet these are the most down-to-earth people I’ve met. I’ve been out west, and I’ve been to the south, and I live in DC, and I can see why New Yorkers have a reputation for being mean. They have a strong directness combined with the ability to ignore anything that isn’t part of their immediate life. 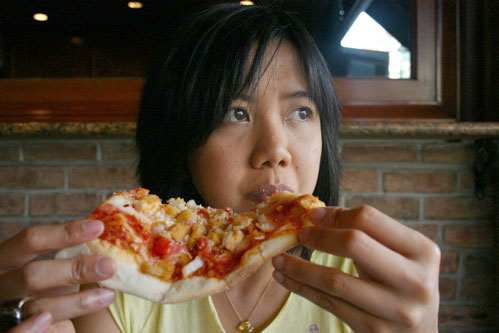 I loved walking into store fronts, and finding a designer hawking his own clothing line. Or a cafe that doesn’t know the meaning of the word Starbucks. Breakfast on Sunday was at this great little restaurant … somewhere I can’t remember. Ice cream in Chinatown. Tofu from a man dishing it out of huge pots set into grocery carts on the street. And neighborhoods filled with real people walking down the streets with their friends.
The people. Holy hell, the people! I actually felt safer in NYC than in DC. Not because of any respective amount of crime. But there are just so many people on the street in NYC at every moment of the day, that any criminal would have to be incredibly brazen. And those aren’t the kind of crimes you can worry about. In relative contrast, DC seems almost dead. Our huge sidewalks spend more time empty than even partially used. And outside of one or two holidays, they’re never jammed with people. When I come home from late nights out, The six block walk from the subway to my apartment is always alone. I might pass 1 or 2 other people if I’m lucky, including the hookers. 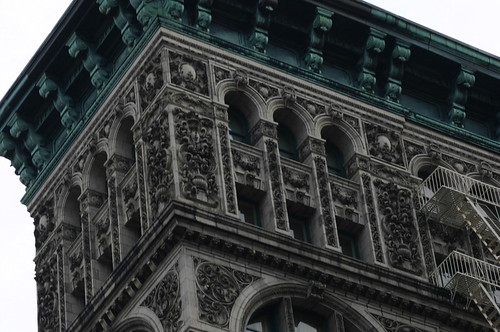 And the architecture in NYC makes me smile. So much of it comes from times when building was still a craft instead of an occupation. As if the whole city was carved out of rock by a million different artists working spontaneously. No two buildings are the same, and no two facades look alike. And everywhere you go, you can find these little anomalies tucked away where you least expect them.
It really was an amazing weekend, just immersing myself in this beehive of life, and activity, and colors, and smells… . If Indri wouldn’t kill me in my sleep, I’d probably never leave her apartment to come back here.
But I came back, and I wasn’t particularly happy about it. Driving back into this city was like having a cold, wet blanket thrown over me. The streets are deserted. Ominous people lurk randomly on the corner, waiting to intimidate someone. It’s a city that was built for the express purpose of imposing it’s will on other people.If New York CIty is ‘experience’, then Washington, DC is “ambition”. For the next two days, I couldn’t believe I had enjoyed the weekend so much, and yet it was now so far away.