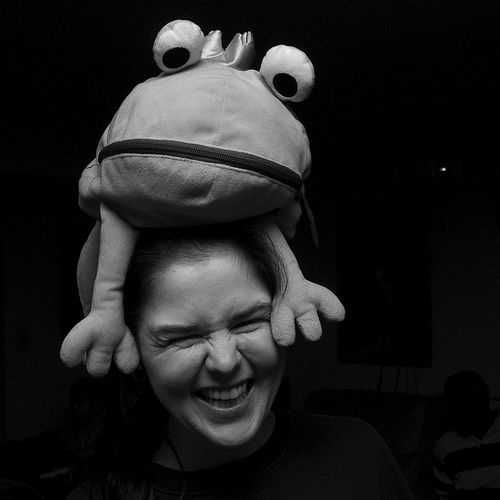 I think I love that photo. Instant classic.
Yesterday was Nguyet’s birthday party. Which means, you know, lots of people in one place, to annoy with my camera. Oh, I tried to behave. Really I did. I was probably there for 2 hours before I ever pulled out my camera. But when someone else stuck the frog on their head, I really had no choice. You can’t blame me, man. The whole set of public photos can be found on my flickr account.
And it was actually a great night overall. I got to see many friends, even if not for as long as I might wish, for most of them. Was able to talk to Dave about some of my hosting questions. (i’m trying to find some industrial strength hosting for a couple clients.) And that eventually evolved into talking about databases and work, and even assholes. And Nguyet and Doug had their usual ridiculous amounts of very good food. But by the time I got home aorund 3, and managed to process most of my photos, I was passing out hard. I literally passed out just as I finished posting my Daily Photo.
Daily Photo: There’s a common practice on flickr, usually referred to as 365, where people generally take a new picture of themselves every day and share it. They’re usually pretty posed. (And they’re usually pretty women). A friend suggested a similar project, albeit less structured. The original, basic idea is that you take and post a new photo each day of anything. But even that’s mostly a guideline. Certianly very few of the people are posting every day. And of those that do, I can only tell a few who are actually taking new photos every day, as opposed to once a week or dipping into their archives. You know… whatever you want to do. But I’m sticking to the original concept, because it’s the only thing that challenges me. Collecting a bunch of shots once week is nothing special. And pulling from my archives would make it just an exercise in ego.
Anyway… happy birthday Nguyet: 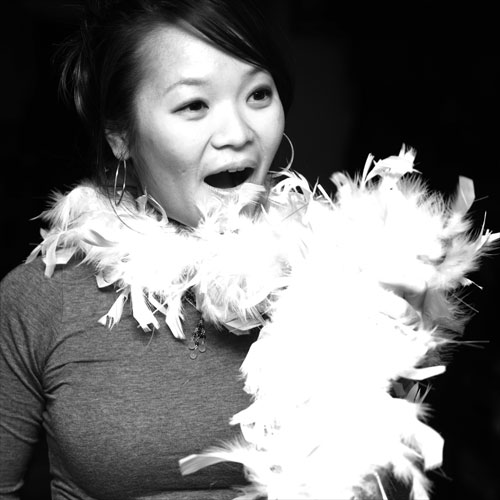